Deadman Wonderland: Rats in a Cage 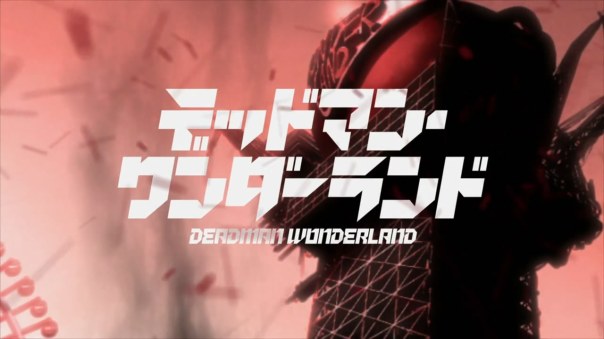 “Despite all my rage, I’m still just a rat in a cage.” – Smashing Pumpkins

This pretty much sums up what I got out of the Spring 2011 anime, Deadman Wonderland. Every episode was set up to make the viewer look upon every worthwhile character and see just how much despair and hopelessness they could possibly experience. Even I had at least one moment of physical cringing, confirming that this anime was doing something right. Of course, when needed, there would be a 5-7 minute flashback justifying why said character was so, for lack of a better descriptor, fucked up. Regardless of justification, the characters (and even the plot itself) continue to run around like rats in a cage, never really going anywhere but down.
END_OF_DOCUMENT_TOKEN_TO_BE_REPLACED

I haven’t seen the final episode of Deadman Wonderland yet, but I realize something about the show so far. The fact that Shiro is the Wretched Egg has been more or less overshadowed by the fact that Nagi has gone apeshit. I figure the final boss of the show will be a batshit insane Nagi. If so, I hope a second season will be in order.

Today, we deal with this psychotic bitch.

All this talk and nonsense about the rapture aside, I AM BACK. If but for a short while. I’ve got a big college deadline coming up this Wednesday, so I need to work on that first. Let’s just say that I need to record a live band cover of Love Song, record my original piano solo piece, AND create a song on Logic Pro and find a vocalist for it and record her vocals, ALL BY WEDNESDAY. I haven’t done any recording. Yeaaah. But anyway, I decided I should at least come back and write for the halfway point in the series that I’m (supposed to be) blogging. Or in Ao no Exorcist‘s case, quarter-way point. END_OF_DOCUMENT_TOKEN_TO_BE_REPLACED

Ah, this post is rather late. Been pretty busy with that thing called a social life. I forget I have that sometimes. In any case, I’ve been pretty pumped for this show, just by the synopsis alone. I think we have a pyschological thriller/horror show on our hands here. We’re gonna deal with injustice, violence, death, abuse, massacres, anxiety. Damn, for a show set in a theme park, this show looks like it’s going to be pretty gruesome. And I was told it was going to be a one cour show. NO. I don’t think it’ll be enough. I read up on a lot of the background behind Deadman Wonderland, and well…shit is going to go DOWN. I’m not too familar with Manglobe‘s history with doing sequels, but if they gave The World God Only Knows a second season, they should probably do the same for this show too, because I don’t think I would want to see this go down the anime ending path (unless otherwise they make it a good one). END_OF_DOCUMENT_TOKEN_TO_BE_REPLACED